Yesterday I received my invite to test "Zattoo";, an Online-TV Application.
I already tried the Windows XP and the OS X Version and they are pretty much the same.

The video quality is ok (could be better though). The only availble Channels are the ones you see on the screenshot (Al Jazeera English, Canal 24 Horas, CNN International, Entertainment Channel, France 24 English, Giga, Lux tv, MTV, SF info, Tier TV, TV Gusto, TVE)


There are Versions of the Player for Win XP+Vista, OSX and Linux which is pretty cool I think.

Switching between Channels takes about 2 seconds of buffering and the TV Stream takes about 256 kb/s down and 35 kb/s upstream (heavy fluctuating though). 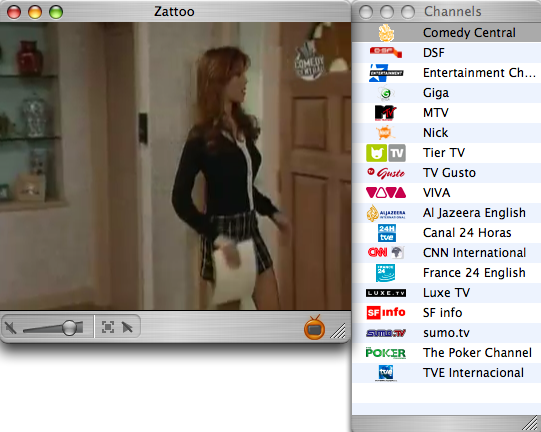