I decided that a person can never have enough headsets for their portable mp3 player (read: iphone) because the chance of losing a pair is approximately 7000%

As apple charges approximately infinite Euros for a simple headset, I decided to look though ebay for something cheaper, it's basically a 3,5" plug with a bit of plastic removed anyway, I'm sure China can deal with that :)

I spend a whooping 6,29 Euros on iphone headsets from "hellogift"; and a week later I find this in my mailbox: 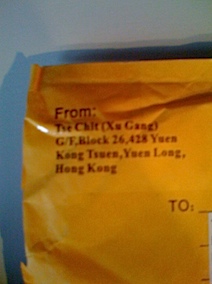 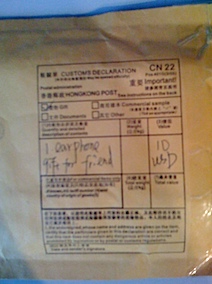 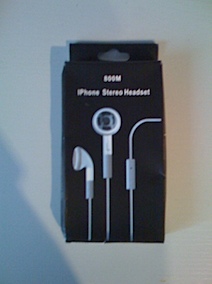 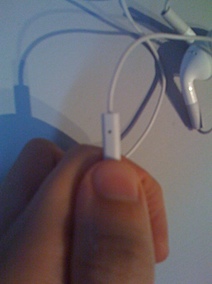 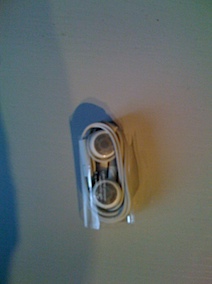 They have the same "push the thingy to accept calls, push twice to switch tracks"; functionality