A few days ago, eXpansys UK offered a refurbished version of the Sony PRS 505 for approx. 150 euros 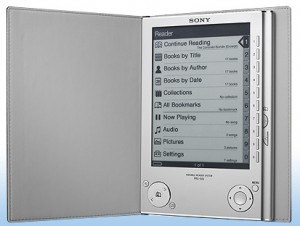 Seeing as this was a nice deal and I happened to be fast enough to actually buy while they still had them in stock, I was pretty happy with my decision to buy one.
To my bad luck, eXpansys seems to have a REALLY crappy online-shop system.

A few days after my purchase ( the system doesn't seem to be fully automated…), I had this on my Order Tracking page:

Aparrently you simply can't order things from the UK site and have them send to Germany. There are parts of the Euro Zone this would have worked.
I could have even gotten it send to the Canary Island, but Germany was a problem. I would actually have had to call the German part of the company (expansys.de) and tell them the item I wanted to order the reader (which doesn't appear on the german website as it's not available in germany jus yet).
The system didn't really care all that much and simply held my order back for a few days. It also didn't bother to actually mark one of the readers as "ordered"; but simply let all of the other ones sell out.
—> While the guy on the phone was pretty nice, it turns out that this all results to a "oh yeah, we don't have any of those in stock anymore… I'll just cancel your order kthxbye";