I recently switched from the HTC Desire to the iPhone 4s and I’m pretty happy so far. The things that usually use on my phone and that I have to look for on the Apple app store are:

The podcasting client was easy, I’ve already used instacast on my iPad, it syncs with iCloud and works perfectly for what I need.
This post deals with the second app, the running app. When I was on Android, I usually used runkeeper. It worked fine and the only downside was that I had to go to the website to get the GPX file (and they tried to hide it pretty well). On iOS, the app seemed a bit… jumpy when it comes to filtering the GPS signal: 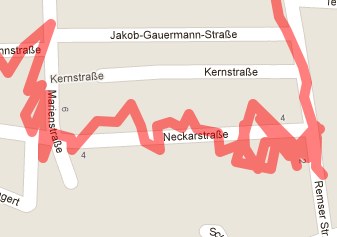 This wasn’t really what I was looking for.
I also tried a few other ones, but most of them where targeted towards getting you on some website and wanting you to buy some sort of premium subscription.
I looked for a paid app that isn’t free but offers good value, this is where I noticed Runmeter: 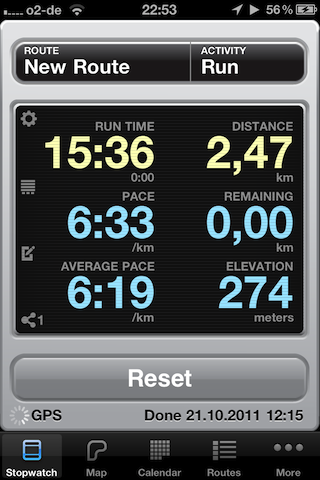 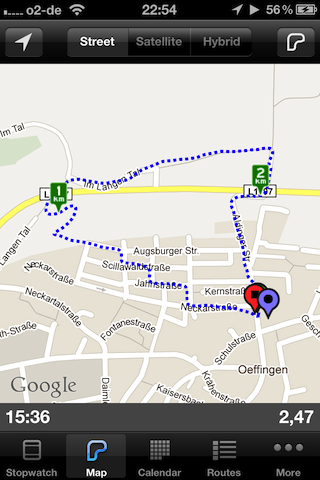 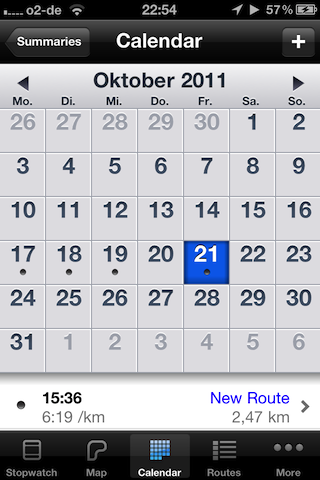 The company that develops it has a nice comparison online. While this has to be taken with a grain of salt, I think they did an ok job.
Things I like:

So far I am happy with the app, it’s actively being developed and the price of 4.99$ is ok for something that I use every day.
–> App store link